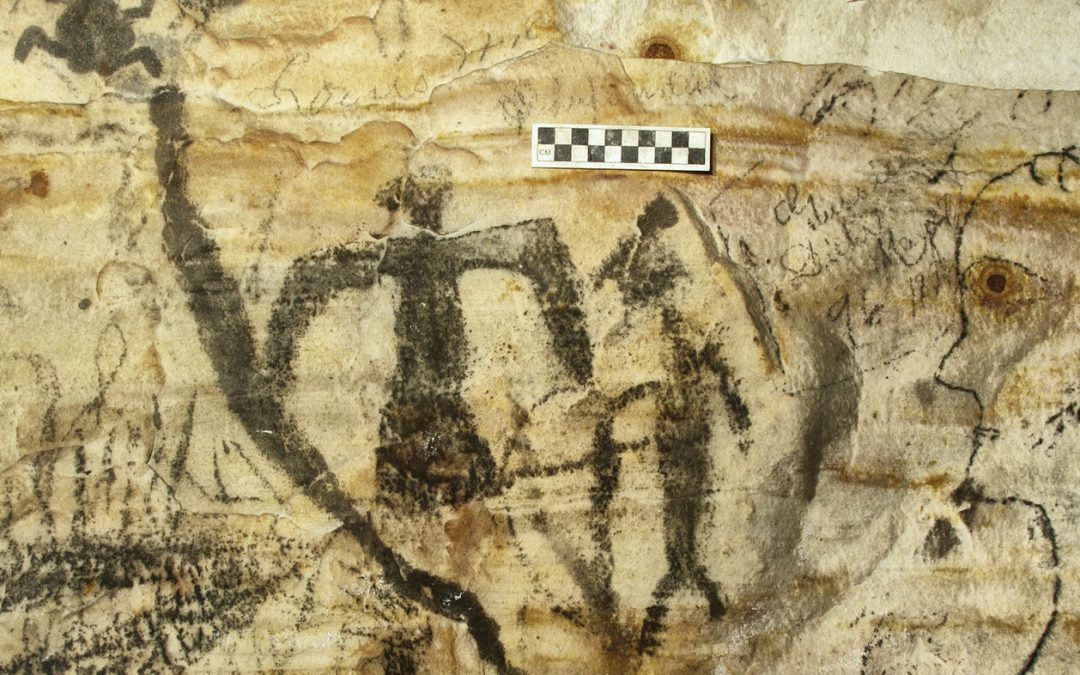 Earlier this month a 43 acre property in Missouri was sold at auction for $2.2 million.  Normally a sale such as this would not garner international attention.  But what made this particular plot of property unique, and the uniqueness that was used as a marketing opportunity to drive up the price, is that it is home to a cave containing prehistoric Native American drawings called the “Picture Cave.”  The drawings were created by ancestors of the Osage Nation, who also used the site for sacred rituals and burials.  Chemical analysis shows the drawings to be more than 1,000 years old.  There are over 290 drawings in the cave, and they are unique compared to other drawings of this time due to the level of detail in the drawings.  For the Osage Nation, it is a sacred site.

They attempted to purchase the land at the auction, but were outbid by a third party who remains anonymous.

The director of the auction company, Brian Laughlin believes that the new owner will respect and protect the cave for a variety of reasons.  First, Missouri law makes it a felony for anyone who “knowingly disturbs, destroys, vandalizes, or damages a marked or unmarked human burial site” or to profit from items removed from a cultural site.  Additionally, the site is difficult to get to and requires a significant hike through the woods.  What happens to Picture Cave remains to be seen.  While there are many laws protecting cultural heritage sites, they are reactive.  Once the damage is done by those seeking to profit monetarily it cannot be undone.  Additionally, other countries do not necessarily have the same protections for Native American artifacts.  France is one such country that has no law against the sale of sacred Native American artifacts.

The Osage Nation released a statement after the sale stating, “Our ancestors lived in this area for 1300 years[.]  This was our land. We have hundreds of thousands of our ancestors buried throughout Missouri and Illinois, including Picture Cave….  [The sale is] truly heartbreaking.”