THE DANGERS OF DEACCESSION

In 2013, Sotheby’s sold a collection of Old Masters.  The auction was well attended by collectors and gallery owners alike, who were given a rare glimpse at some of the world’s greatest art.   One work in particular, however, was overlooked by those who had come to admire and bid on the Old Masters–a forlorn work that Sothebys labeled: “Follower of Rubens, Portrait of a Young Girl, possibly Clara Serena Rubens the artist’s daughter”.  It was valued at $20,000-$30,000.  The label went on to say that it was the property of the Metropolitan Museum of Art.  It had been deaccessioned by the museum because it was a copy, and the museum wasn’t interested in a copy.

The painting in question: 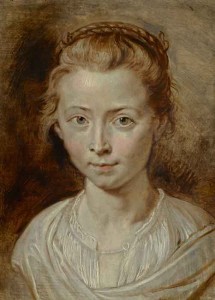 Or at least the Met thought it was a copy.  Some at the auction had other suspicions.  The piece in question had actually been attributed to Rubens up until 1959, when Julius Held,  an expert on Dutch masters, declared it a copy by a follower of Rubens.  The piece ended up selling for $626,500–clearly others at the sale had a different opinion.

Those who voted differently with their paddle turned out to be correct.  After the portrait was properly cleaned and examined, it turned out to be a genuine Rubens.  It now hangs at the Rubenshuis museum in Antwerp, the same place where it was probably painted.

So how did the Met make probably what is one of the biggest deaccessioning mistakes in recent history?  They failed to do their homework, resting content on the opinion of one person who ruled it was a copy more than fifty years ago.  Before they deaccessioned the painting, they failed to consult with modern Rubens scholars as to the attribution, and failed to take advantage of developments in technology that allow us to analyze paint, canvas and other aspects of a work.

If, like other museums, the board was ultimately responsible for voting for the deaccession,   it is possible that they violated their fiduciary duty of care to the museum.  They voted for a deaccession without doing the due diligence to make sure that the work was indeed a copy and not the real thing that was misattributed.  Particularly in light of the fact that for centuries it was deemed to be a genuine Rubens and the opinion of one person (while respected) stripped it of its attribution.  While researching attribution can be costly, a museum like the Met and its board cannot afford to make such a mistake, both financially and in reputation.  All museums should remember the Met’s mistake before deaccessioning items from their collection, and make sure they do their due diligence.